Towards a Visual Representation of Activity Space

I did a image search at Google for Fractal Images. Selected one. Opened in iPhoto. Played around with couple of adjustments and got the following. Number 1 is the original. My hunch is that be using color separation and color correction techniques it should be possible to do useful "scientific visualizations" of Activity Space and the Flows of Emotion , Cognitive and Physical spaces. 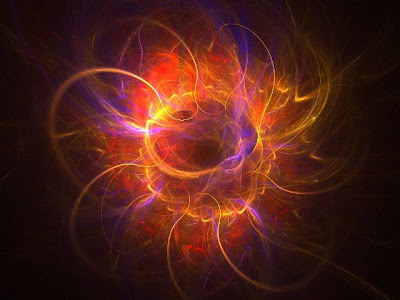 Original Image from the web.
Just two of many possible variations. My hunch is that the black only version appropriately adjusted could articulate PSpace. My further hunch is that there is some way of using levels of warmth to visualize ESpace and maybe the blue channel for Cog Space.
Maybe? 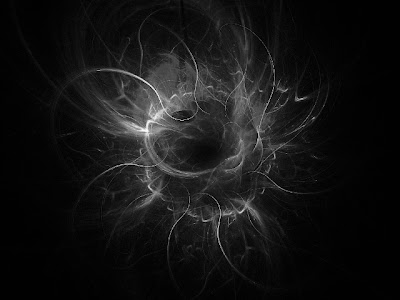 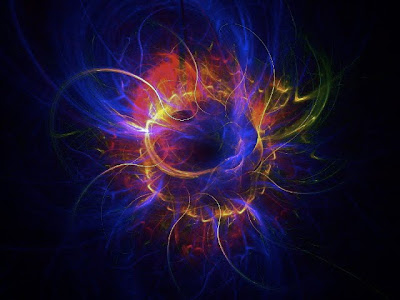 The hypothesis underlying EBdish is that learning, whether in a community, an enterprise or in a school have the same basic elements. The further hypothesis is that the most elegant ( in the sense of the least unanticipated consequences) interventions are in reorgranizing time and space.
Today I came across what seems like a very successful operation in Los Angeles. Not only have they been able to demonstrate that urban student populations can be schooled to be "college ready" but, as important they have been able to do it at a lower cost than the traditional schooling. And it seems with no heroic efforts either in teacher commitment or extended days.
Following is a first attempt in understanding their success in more general terms in the service of being able to apply the principles in various settings. The description of the school comes from How to Improve Urban High Schools At Scale
By David Linzey

• We combined academic rigor with a stress on caring relationships and an insistence on zero tolerance for students’ not succeeding.

ActSpace (2 student) is E*C*P . Without the entanglement of the E changes in learning are almost impossible at scale.

The students then received relentless support from teachers, who maintained a “whatever it takes” attitude in their support for both academic and emotional student needs. Teachers, counselors, and administrators alike were dedicated to each student’s success. If a student did not learn using traditional classroom instruction, other methods were used, such as one-on-one computer-based interactive learning for math, project-based learning, small-group or individual tutoring with college tutors, and computer-based reading programs.

in EBdish student decisions are made according to the insights of game theory and behavioural economics. If the ActSpace has multiple paths to success and if there is not a stigma attached to the particular path for a particular student, it's natural they will choose one that works for them.

• We varied instructional time according to need. Our mentality was to produce success no matter how long it took. If students did not learn and weren’t able to demonstrate achievement within the school day, we offered them after-school tutoring.

• We made proactive use of summer school. To begin the gap-reduction process as soon as possible, all entering students were expected to attend a “summer bridges” program before starting their first semester.

Student learning drives time allocation. The two deep boundaries of ActSpace behavior is Time and Space. The under appreciated reality is that learning requires not more overall time, but the just the right time at just the right moment. The crux of the issue is that when an ActSpace can exercise intentionality to parsing time it allows a good rhythm to emerge. Under a fixed time constraint, the rhythm is disruptive and creates turbulence, not flow.

• We instituted common, consistent instructional strategies. It is not enough to align instruction with state standards. It also must include advanced instructional techniques that build on one another and are extended to all subsequent coursework.

The issue is to sustain a rhythmic flow in the student's ActSpace, so that E*C*P entanglement happens in a constructive as opposed to a disruptive way. e.g. A stream, not a rapids. It's "instructional strategies" not standards, that appear in a Student's ActSpace. "Standards" are words that perform a completely different function in the Education ActSpace. My hunch is that they are mostly about limiting risk for Power Actors at the School Board and Admin levels.

As the alliance’s chief academic officer, I walked the classrooms with school administrators as a way to help them shape teacher practices. The process we used might be called professional development and reflection about instructional practice on steroids.

An ActSpace observed by Power Actors in a higher level ActSpace creates mindful behavior. Part of the issue is the the content and modeling. But the primary effect is similar to the Hawthorne Effect from Sociology and the Placebo effect in Clinical Medicine. It's also similar to the thinking of Jeremy Bentham in his work on the Pan Opticon.
In EBdish the notion is to try to capture this phenomenon with the idea that Observation itself actualizes one among many possible of the teacher's ActSpace. Turns out that once actualized it brings into play an entire set of appropriate behaviors and mindfulness.
That was just a first brain dump. Time to let it rumble around the Cspace while I keep moving through Pspace (2me)