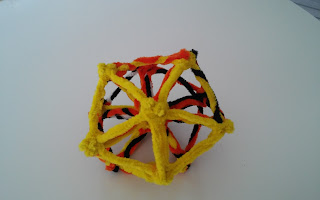 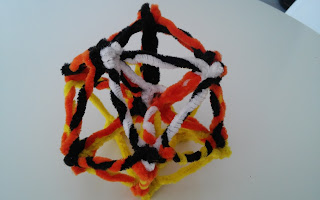 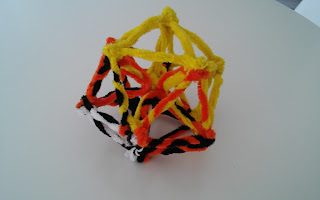 Michael Josefowicz ‏@toughLoveforx  1m  August 10 8:45 AM EDT1 minute agoLynbrook, NY
@fabianszulanski check out the close up. Once edges are flexible the analysis is much easier. 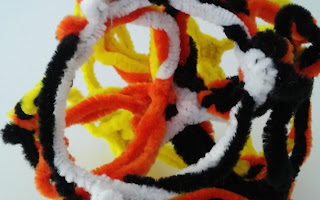 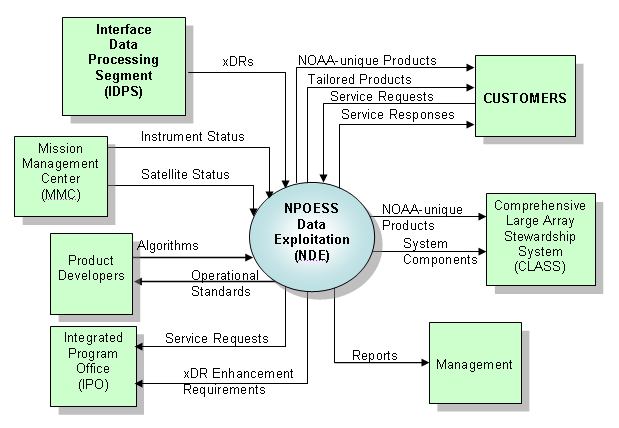 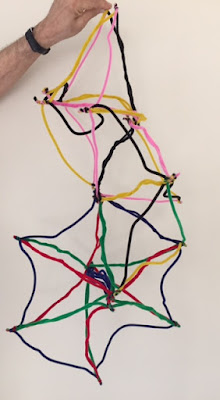 Please read the  Winning Anywhere - The Power of 'See': The N-E-M-E Way February 21, 2014 by Dibyendu De . You can find it at Amazon or read it for free at Google books. Search on 'Winning Everywhere the Power of See.

Read easily from beginning to end without worrying about understanding the meaning of every chapter.  An important part of this course is to learn and practice how to do a slow read.  Following are two links so you can get a feeling of one transmedia approach to practice a Slow Read. http://niask.pbworks.com/w/page/107390304/Towards%20a%20Pedagogy%20for%20Everyone  and

It is important as it goes to the first part of the mantra. Notice from no mind with no preconceptions and no stress. The full mantra is Notice. Engage. Mull.  Exchange. We will go deeper into the power of the mantra as the course continues.
If you think it would be helpful to have a conversation during your fast read, your instructors are ready and would be grateful for any conversation. You can be engage us on twitter,  facebook or G+.


The image below was created using Ripple Tank Simulator. On the right hand side are the controls available. 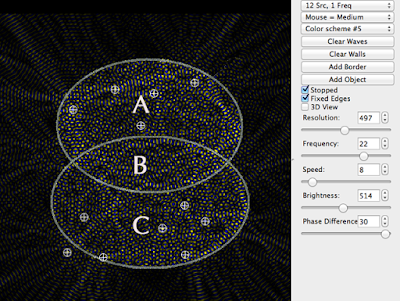 Let's call area A the Macro level, area B the Meso level and area C the Micro level. The specific word or symbol is not important. What is important for nemetics is to understand any phenomenon it must be placed at the B | Meso level. The forces in play come from the proximate nShapes one level up and one level down.

Notice in the image there are no oscillators at the B level. The flow of forces are the result of interference patterns from A and C.

Let's call the overall rectangular boundary of Neme. In a context specific analysis the Neme would have more layers of A,B,C | Macro - Meso - Micro areas.  The number of layers necessary depends on the number of dimensions that give a satisfactory answer to the question we are asking of the defined networks of complex adaptive system.

A context specific use of the tool requires more functionality.  The vision is that with appropriate modifications we will be able to use a version of the software to visualize big data in a useful way for decision support.


Figure 2 below is a side view of the 3 D version of the overall field. It suggests we will be able to get a wave form for the Neme itself.

At the boundaries of each shape are communication oscillators. As they oscillate, they create waves of affect, cognition, in the context of material conditions. The boundaries create constraints. The internal neme exchanges create complexity. The nemes sent out from the triad of nested shapes are waves that connect to nemes in the environment.

It can be pictured as below:

Recently we have been discussing the advantage of moving from Waves of Emotion to Waves of Affect.

Excerpts from the article below:

circumplex model of affect suggest that all affective states arise from two independent neurophysiological systems, which, for the purposes of discussion here, we term the valence and arousal systems  . . . .

The circumplex model of affect proposes that all affective states arise from cognitive interpretations of core neural sensations that are the product of two independent neurophysiological systems. This model stands in contrast to theories of basic emotions, which posit that a discrete and independent neural system subserves every emotion.

We propose that basic emotion theories no longer explain adequately the vast number of empirical observations from studies in affective neuroscience, and we suggest that a conceptual shift is needed in the empirical approaches taken to the study of emotion and affective psychopathologies. The circumplex model of affect is more consistent with many recent findings from behavioral, cognitive neuroscience, neuroimaging, and developmental studies of affect. Moreover, the model offers new theoretical and empirical approaches to studying the development of affective disorders as well as the genetic and cognitive underpinnings of affective processing within the central nervous system.

Basic emotion theorists have primarily explored the behavioral and expressive manifestations of emotion. Investigations of the subjective, or experiential, components of emotion, rather than supporting a one to one correspondence between a discrete emotion and an underlying neural system, have instead suggested that emotions arise from cognitive interpretations of core physiological experiences (Cacioppo et al., 2000; Russell, 2003). 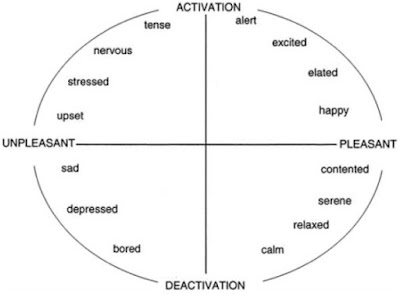 So Emotion = affWave + cogWave + mWaves.  According to the paper, emotions are on various spectrums. Bored to calm, depressed to serene, sad to contented, upset to happy, stressed to elated, nervous to excited.

The circumplex model of affect proposes that all affective states arise from cognitive interpretations of core neural sensations that are the product of two independent neurophysiological systems. This model stands in contrast to theories of basic emotions, which posit that a discrete and independent neural system subserves every emotion. We propose that basic emotion theories no longer explain adequately the vast number of empirical observations from studies in affective neuroscience, and we suggest that a conceptual shift is needed in the empirical approaches taken to the study of emotion and affective psychopathologies. The circumplex model of affect is more consistent with many recent findings from behavioral, cognitive neuroscience, neuroimaging, and developmental studies of affect. Moreover, the model offers new theoretical and empirical approaches to studying the development of affective disorders as well as the genetic and cognitive underpinnings of affective processing within the central nervous system.
at 8:32 AM No comments: Links to this post

Stumbling towards nemetic maths. The value of mathematics is to focus what we see.


In  post NJournal Notes 14.4,  I suggested a math to helps us focus on what we see in complex adaptive systems. In this Note I suggest a modification. to

“ I “ = Intent. “ C ” = Constraints.
“ Nx “ = Neme Exchange
" k " = is an exponential function. In any organization a common intent creates agile coherence. No matter what the challenges and opportunities agility is required to respond fast enough to make a difference. An intent is different from a goal. In complexity a goal is, by nature, ever changing as the circumstances are always changing. A common Intent are a set of values that allow one to navigate through changing circumstance. A common intent minimizes the costs of compliance used in a top down management style. Mission statements and visions from the top sometimes increase Intent, but just as often decrease trust in managers and leaders. So the desired state of affairs is to take advantage of the fact that Intent is an emergent property. Neme exchange is communication sent, received and resent. To create value , it is the Exchange from one to another back to one that makes the difference. A neme sent that is not exchange can create more mistrust than no sending at all. The frequency of neme exchange increases the number and strength of small networks. Small networks are defined as having the minimum number of steps between any node and any other node. When there are direct connections between nodes, the small networks are at their most efficient. It is well understood that the knowledge creation of a network increases exponentially based on the number of nodes. Constraints channel or block nemetic flow. For the agile coherent organization, nemetic flow must be channel, not a blockage. How to Measure?
Nemetic flow is the easiest, the frequency and pattern of nemetic flow. From a study of brain function. "technique measures neural activity via blood flow in the brain while people are awake and mentally active. We calculated a “functional connectivity profile” for each person based on their individual patterns of synchronized activity between different parts of the brain."   My conjecture is that we can create a "functional connectivity profile for any organization.
For further research how to measure Constraints and Intent.

As we stumble along to come up with a simple equation for Nemetic reality, I offer for consideration the following.
I=CN2

“ I “ = Intent. “ C ” = Constraints.
“ N “ = Neme
The 2 is in the superscript to capture the non linear nature of the relationships.Neme is a fractal in that an nString, nTube or nCell are nemes when viewed from a different level.  A string, tube or cell can also be measured on the ruler of frequency and amplitude of neme exchanges.Intent is an emergent property of Constraints and an exponential function of nemetic vibration. Intent acts to augment the signals emitted by a neme.Still missing are measures of Intent and Constraints.
at 9:59 AM No comments: Links to this post


I = Intent
n  =  neme
nSt = nStrings connect Nemes. nTu = nTube coherent bundles of strings.nCl = nCell coherent bundle of tubes. The bundle is bounded by a woven membrane of strings and tubes.
nPx = Nemiplexity a complex adaptive system which has been articulated as strings, tubes, cells.

Any nemPlexity becomes a neme when observed from outside. It remains a nemPlexity when viewed from the inside.


The conjecture is the value of k and function f differ significantly in specific Contexts. Below are 8 of the many possible spectrums that specify a Context.  If the spectrums are divided to define discrete variables,  the result is matrix of possibilities. The number of cells in such a matrix defines 86,400 possible Contexts.

NJournal 17. 0 Visuals of some Color Spaces


One representation of a color wheel.
24 different mappings are available here.

I recently had the opportunity to work with an undergraduate class in a project based learning context. The idea was to create a vibrant conversation on the Internet. I didn't work. I made the error of giving them a choice of the platforms I prefer, instead of the platforms they use. To make matters worse, I did not understand how they use the different platforms.

I have to learn transliteracy. Millennials use it as a matter of course.  The next attempt at the same kind of work will take what I have learned and change myself while I am trying to change the students.

From failure comes learning. ( As long as you don't have to worry about getting a grade.

In short, many have nailed this on the head. It’s dead to us. Facebook is something we all got in middle school because it was cool but now is seen as an awkward family dinner party we can't really leave.

. . . That being said, if you don't have Facebook, that’s even more weird and annoying.

To be honest, a lot of us simply do not understand the point of Twitter. There is always a core group at every school that uses it very religiously to tweet and another group that uses it to simply watch or retweet, but besides that many don't use it

Snapchat is quickly becoming the most used social media network, especially with the advent of My Story

Yik Yak is a rather new contender, however, a ton of friends in college have the application.

Many of my peers look for platforms to begin a writing blog that they can share with their friends and family. When I hear my friends say this, they automatically think of creating a WordPress site. For some reason, Wordpress seems like the more “sophisticated” website to begin a blog. Others who have had experience with Tumblr will choose to open up a separate blog on there, one that is not connected to their “personal” blog on the platform.
However, once I have introduced Medium to those my age, I have never seen them turn back in terms of a platform to publish a blog.
at 12:29 PM No comments: Links to this post